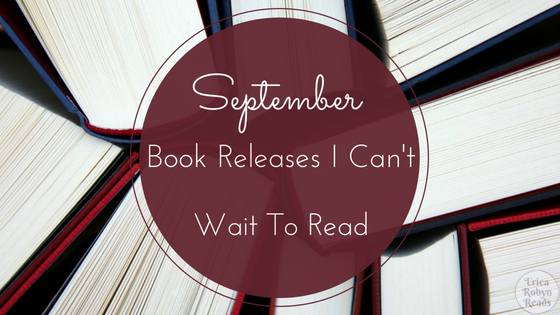 For the first two weeks of September, I WILL BE ON VACATION FOR MY WEDDING! Eek! I’m so excited. I know I will still be wicked busy, of course, but I cannot wait to have this much time off for the first time since early high school!

I hope to take a few days to do nothing but read, relax, and drink tea! Keep your fingers crossed for me! 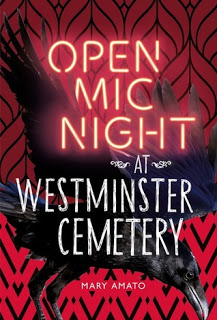 
Synopsis:
When Lacy wakes up dead in Westminster Cemetery, final resting place of Edgar Allan Poe, she’s confused. It’s the job of Sam, a young soldier who died in 1865, to teach her the rules of the afterlife and to warn her about Suppression–a punishment worse than death.

Lacy desperately wants to leave the cemetery and find out how she died, but every soul is obligated to perform a job. Given the task of providing entertainment, Lacy proposes an open mic, which becomes a chance for the cemetery’s residents to express themselves. But Lacy is in for another shock when surprising and long-buried truths begin to emerge. 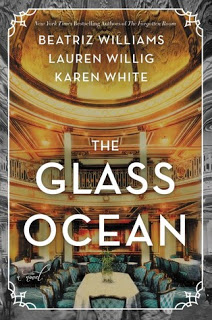 Synopsis:
May 2013
Her finances are in dire straits and bestselling author Sarah Blake is struggling to find a big idea for her next book. Desperate, she breaks the one promise she made to her Alzheimer’s-stricken mother and opens an old chest that belonged to her great-grandfather, who died when the RMS Lusitania was sunk by a German U-Boat in 1915. What she discovers there could change history. Sarah embarks on an ambitious journey to England to enlist the help of John Langford, a recently disgraced Member of Parliament whose family archives might contain the only key to the long-ago catastrophe. . . .

April 1915
Southern belle Caroline Telfair Hochstetter’s marriage is in crisis. Her formerly attentive industrialist husband, Gilbert, has become remote, pre-occupied with business . . . and something else that she can’t quite put a finger on. She’s hoping a trip to London in Lusitania’s lavish first-class accommodations will help them reconnect—but she can’t ignore the spark she feels for her old friend, Robert Langford, who turns out to be on the same voyage. Feeling restless and longing for a different existence, Caroline is determined to stop being a bystander, and take charge of her own life. . . .

Tessa Fairweather is traveling second-class on the Lusitania, returning home to Devon. Or at least, that’s her story. Tessa has never left the United States and her English accent is a hasty fake. She’s really Tennessee Schaff, the daughter of a roving con man, and she can steal and forge just about anything. But she’s had enough. Her partner has promised that if they can pull off this one last heist aboard the Lusitania, they’ll finally leave the game behind. Tess desperately wants to believe that, but Tess has the uneasy feeling there’s something about this job that isn’t as it seems. . . .

As the Lusitania steams toward its fate, three women work against time to unravel a plot that will change the course of their own lives . . . and history itself. 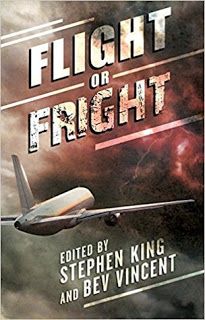 Synopsis:
Welcome to Flight or Fright, an anthology about all the things that can go horribly wrong when you’re suspended six miles in the air, hurtling through space at more than 500 mph and sealed up in a metal tube (like—gulp!—a coffin) with hundreds of strangers. All the ways your trip into the friendly skies can turn into a nightmare, including some we’ll bet you’ve never thought of before… but now you will the next time you walk down the jetway and place your fate in the hands of a total stranger.

Featuring brand new stories by Joe Hill and Stephen King, as well as fourteen classic tales and one poem from the likes of Richard Matheson, Ray Bradbury, Roald Dahl, Dan Simmons, and many others, Flight or Fright is, as King says, “ideal airplane reading, especially on stormy descents… Even if you are safe on the ground, you might want to buckle up nice and tight.” 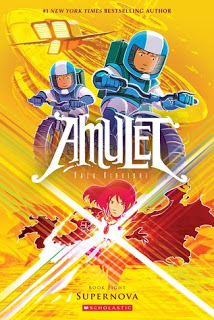 Synopsis:
Emily has lost control of her Amulet and is imprisoned in the Void, where she must find a way to escape the influence of the Voice. Meanwhile, Emily’s brother, Navin, travels to Lighthouse One, a space station where the Resistance is preparing to battle the approaching Shadow forces that would drain planet Alledia of all its resources. Emily and Navin must be smarter and stronger than ever to ensure Alledia’s survival.


Thanks for reading!
What book releases are you looking forward to this month?