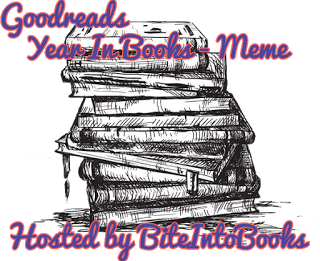 I’m so excited to participate in the Goodreads: Your Year In Books Meme hosted by Ester of BiteIntoBooks!

I had seen a few people posting their Goodreads stats here and there on Facebook, but I had honestly only glanced at mine briefly. I’m so glad that I took another look!

Goodreads: Your Year In Books Meme

My high scoring books this year (all 5 star ratings):

Thanks for reading!
Phew! What a great year! To participate in this meme, visit this blog post at BiteIntoBooks to learn more!
SaveSave
SaveSave