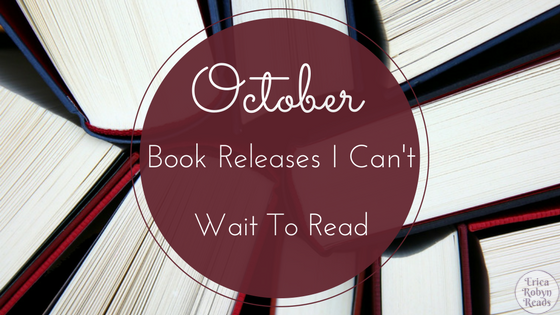 Whoops! I’m a bit late to the game here for this post. Better a bit late than never, right? 🙂 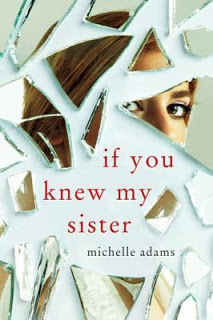 If You Knew My Sister by Michelle Adams
Published: October 1st 2017

Goodreads Synopsis:
If you knew my sister, you’d run too…


First there was the Robert Kneel incident.
Then what happened to Margot Wolfe.
And now she’s found me again.


Dr. Irini Harringford was given away by her parents just before her fourth birthday. Although she has spent her whole life trying to convince herself she doesn’t need them, deep down Irini longs to understand why she was abandoned, while her parents kept her older sister, Elle.


So when Elle gets in touch with news that their mother has died, Irini reluctantly agrees to return to the family home. But she is ill at ease. She and Elle are not close. Irini knows only too well what Elle is capable of. Inexplicably drawn to her enigmatic sister, yet terrified of the sway she holds, Irini tries to protect herself even as she is sucked back into her family’s toxic web of secrets…and soon realizes that the past is more complicated than she imagined, and that her very future rests upon discovering the truth about why she was really given away. 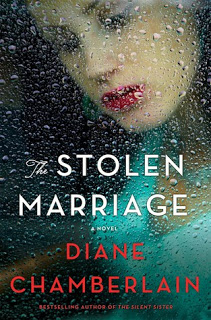 Goodreads Synopsis:
In 1944, twenty-three-year-old Tess DeMello abruptly ends her engagement to the love of her life when she marries a mysterious stranger and moves to Hickory, North Carolina, a small town struggling with racial tension and the hardships imposed by World War II. Tess’s new husband, Henry Kraft, is a secretive man who often stays out all night, hides money from his new wife, and shows no interest in making love. Tess quickly realizes she’s trapped in a strange and loveless marriage with no way out.


The people of Hickory love and respect Henry and see Tess as an outsider, treating her with suspicion and disdain, especially after one of the town’s prominent citizens dies in a terrible accident and Tess is blamed. Tess suspects people are talking about her, plotting behind her back, and following her as she walks around town. What does everyone know about Henry that she does not? Feeling alone and adrift, Tess turns to the one person who seems to understand her, a local medium who gives her hope but seems to know more than he’s letting on.


When a sudden polio epidemic strikes the town, the townspeople band together to build a polio hospital. Tess, who has a nursing degree, bucks Henry’s wishes and begins to work at the hospital, finding meaning in nursing the young victims. Yet at home, Henry’s actions grow more alarming by the day. As Tess works to save the lives of her patients, can she untangle her husband’s mysterious behavior and save her own life? 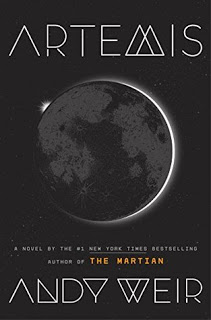 
Well, sort of. Life on Artemis, the first and only city on the moon, is tough if you’re not a rich tourist or an eccentric billionaire. So smuggling in the occasional harmless bit of contraband barely counts, right? Not when you’ve got debts to pay and your job as a porter barely covers the rent.


Everything changes when Jazz sees the chance to commit the perfect crime, with a reward too lucrative to turn down. But pulling off the impossible is just the start of her problems, as she learns that she’s stepped square into a conspiracy for control of Artemis itself—and that now, her only chance at survival lies in a gambit even riskier than the first.


Thanks for reading!
What books are you looking forward to in the month of October?