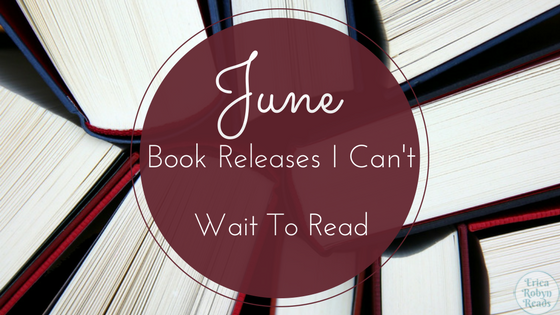 There are a ton of really great books scheduled to come out next month! However, there are four books in particular that I absolutely cannot wait to get my hands on.

Goodreads synopsis:
Reformed party girl Meg Ashley leads a life of privilege, thanks to a bestselling horror novel her mother wrote decades ago. But Meg knows that the glow of their very public life hides a darker reality of lies, manipulation, and the heartbreak of her own solitary childhood. Desperate to break free of her mother, Meg accepts a proposal to write a scandalous, tell-all memoir.


Digging into the past—and her mother’s cult classic—draws Meg to Bonny Island, Georgia, and an unusual woman said to be the inspiration for the book. At first island life seems idyllic, but as Meg starts to ask tough questions, disturbing revelations come to light…including some about her mother.


Soon Meg’s search leads her to question the facts of a decades-old murder. She’s warned to leave it alone, but as the lies pile up, Meg knows she’s getting close to finding a murderer. When her own life is threatened, Meg realizes the darkness found in her mother’s book is nothing compared to the chilling truth that lurks off the page. 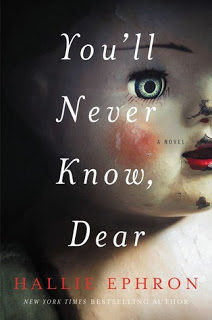 Goodreads synopsis:
Seven-year-old Lissie Woodham and her four-year-old sister Janey were playing with their porcelain dolls in the front yard when an adorable puppy scampered by. Eager to pet the pretty dog, Lissie chased after the pup as it ran down the street. When she returned to the yard, Janey’s precious doll was gone . . . and so was Janey.


Forty years after Janey went missing, Lis—now a mother with a college-age daughter of her own—still blames herself for what happened. Every year on the anniversary of her sister’s disappearance, their mother, Miss Sorrel, places a classified ad in the local paper with a picture of the toy Janey had with her that day—a one-of-a-kind porcelain doll—offering a generous cash reward for its return. For years, there’s been no response. But this year, the doll came home.


It is the first clue in a decades-old mystery that is about to turn into something far more sinister—endangering Lis and the lives of her mother and daughter as well. Someone knows the truth about what happened all those years ago, and is desperate to keep it hidden. 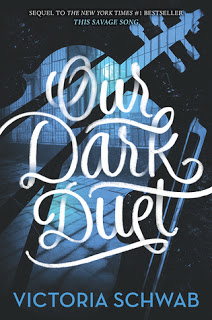 Goodreads synopsis:
Kate Harker is a girl who isn’t afraid of the dark. She’s a girl who hunts monsters. And she’s good at it. August Flynn is a monster who can never be human, no matter how much he once yearned for it. He’s a monster with a part to play. And he will play it, no matter the cost.


Nearly six months after Kate and August were first thrown together, the war between the monsters and the humans is terrifying reality. In Verity, August has become the leader he never wished to be, and in Prosperity, Kate has become the ruthless hunter she knew she could be. When a new monster emerges from the shadows—one who feeds on chaos and brings out its victim’s inner demons—it lures Kate home, where she finds more than she bargained for. She’ll face a monster she thought she killed, a boy she thought she knew, and a demon all her own. 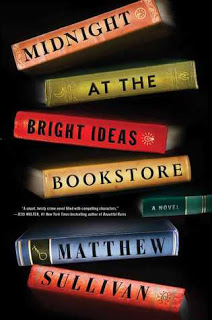 Midnight at the Bright Ideas Bookstore by Matthew J. Sullivan

Goodreads synopsis:
Lydia Smith lives her life hiding in plain sight. A clerk at the Bright Ideas bookstore, she keeps a meticulously crafted existence among her beloved books, eccentric colleagues, and the BookFrogs—the lost and lonely regulars who spend every day marauding the store’s overwhelmed shelves.


But when Joey McGinty, a young, beguiling BookFrog, kills himself in the bookstore’s back room, Lydia’s life comes unglued. Always Joey’s favorite bookseller, Lydia has been bequeathed his meager worldly possessions. Trinkets and books; the detritus of a lonely, uncared for man. But when Lydia flips through his books she finds them defaced in ways both disturbing and inexplicable. They reveal the psyche of a young man on the verge of an emotional reckoning. And they seem to contain a hidden message. What did Joey know? And what does it have to do with Lydia?


As Lydia untangles the mystery of Joey’s suicide, she unearths a long buried memory from her own violent childhood. Details from that one bloody night begin to circle back. Her distant father returns to the fold, along with an obsessive local cop, and the Hammerman, a murderer who came into Lydia’s life long ago and, as she soon discovers, never completely left. Bedazzling, addictive, and wildly clever, Midnight at the Bright Ideas Bookstore is a heart-pounding mystery that perfectly captures the intellect and eccentricity of the bookstore milieu and will keep you guessing until the very last page.​


Thanks for reading!
What June releases are you excited for? Did you add any of my picks to your TBR?